I remember visiting the hospital near to my home town as a young schoolboy on work experience. A large banner at the top of the escalator exhorted me to donate money to the “Scanner Fund.” These kinds of appeals have always made me feel uncomfortable and generally I stick to the principle that health care should be properly funded by the government and not by charitable donations. The pragmatist in me knew that without adequate funding the only way that the scanner would be delivered was through compromising the principled stand of expecting adequate investment in the NHS.

I have just returned from the Annual Conference of the Local Medical Committees (LMCs), where those that represent grassroots GPs urge the General Practitioners Committee (GPC) of the British Medical Association to fight for the causes they believe in within the BMA and also within contract negotiations with the government. Given recent events with the Junior Doctors’ contract one can appreciate how difficult a job it must be have to negotiate every year with those that work for the Department of Health. This is especially problematic in that the GPC have very little leverage over the government in negotiations; due to the independent contractor status of the vast majority of GP surgeries, the option of threatening strike action or many other forms of industrial action are not possible as we are technically self-employed.

The themes of the conference included calls for increased funding for primary care, decreasing the workload, workforce expansion and less over-regulation. All of these aims are laudable and would be greatly appreciated if they could be achieved. Though without the same sort of leverage the junior doctors have been able to exert I would guess that they are unlikely to be achieved in the near future. 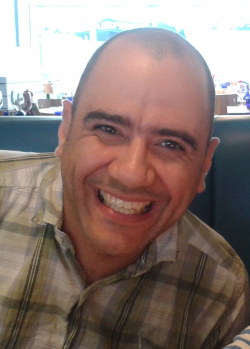 One of the most striking calls from conference was for the GPC to recognise that the “rescue package” announced in the GP Forward View was woefully inadequate and that steps should be taken to explore the profession’s willingness to strike and investigate other avenues of industrial action. A principled stand was being taken for increased investment in general practice and recognition that some of the new ways of working were simply pragmatic compromises on “good old fashioned general practice.”

In contrast, there were workshops and debates about the pragmatic approaches needed to overcome the many issues facing general practice. Foremost amongst this was recognition of a workforce crisis and the strong feeling that GP at scale was a potential solution to make up for the lack of GPs and the inevitable shortfall in the next 4-5 years. There is no magic tree that is growing 5000 GPs to add to the workforce.

So, in principle, I believe that general practice should be properly funded in order to overcome the current issues and the General Practice Forward View probably doesn’t go far enough. However, it does provide, as does the Kings Fund, some pragmatic compromises, including working at scale.

Our Health Partnership will only succeed and grow if we can reassure our current and future member practices that our pragmatic response to the need to work at scale has not undermined the principles of quality, locality-based primary care, through local practice autonomy. As an organisation we strive to be both principled and pragmatic in a turbulent time for general practice.

Samir Dawlatly is a GP partner at Jiggins Lane Medical Centre and Board Member of Our Health Partnership. The views expressed here are his own and don’t necessarily represent that of any organisation he works for.

We’re currently a GP partnership of 35 practices with 46 surgeries, 189 GP partners and circa 70 salaried GPs. Our Health Partnership serves around 359,152 patients in Birmingham, Sutton Coldfield, Wolverhampton, Solihull and Shropshire.

Our Health Partnership is now a registered provider under the Care Quality Commission. This is the regulatory body that assesses and assures the quality of services delivered in health and social care providers.

We hope the links and information provided will spark some initial ideas for getting healthy, and, keeping fit and in good health well into the future. So, why don’t you take the plunge and explore some options?